by diksha
in Punjab Board
4 min read
0

PSEB 12th Name Wise Result 2019 is now available. On May 11 at 11:30 the board has released the class 12th result through the press conference. The link to check the result is provided on this page. Punjab School Education Board (PSEB) releases the result on its official website- pseb.ac.in. Around 3 lakhs students have appeared for class 12th examinations. To check the result students need to enter either their roll number or their name. So, here we are with PSEB 12th Name Wise Result 2019. To know the steps to check the result, important dates and many more have a look at the steps provided below.

Latest: PSEB 12th Result 2019 has been released. 86.41% is the overall passing percentage which is more than the last year. To check it visit the link below.

How To Download Your Punjab Board 12th Result 2019 Name Wise

Punjab Board has released the result online. So, to access it students need to follow the steps as given below. Thus go through the points carefully in order to avoid the last minute rush.

1st Step- Firstly, click on the link of the result available on this page.

2nd Step- After this, a login window will appear on the screen.

3rd Step- Here enter your name in the space provided.

4th Step- A list of all the names similar to your name will appear. Identify your name through your roll number and your father’s name and click on ‘Get Result’ button.

5th Step- After this check your result carefully and download it.

To know what your result consists of go through the following points as given below. 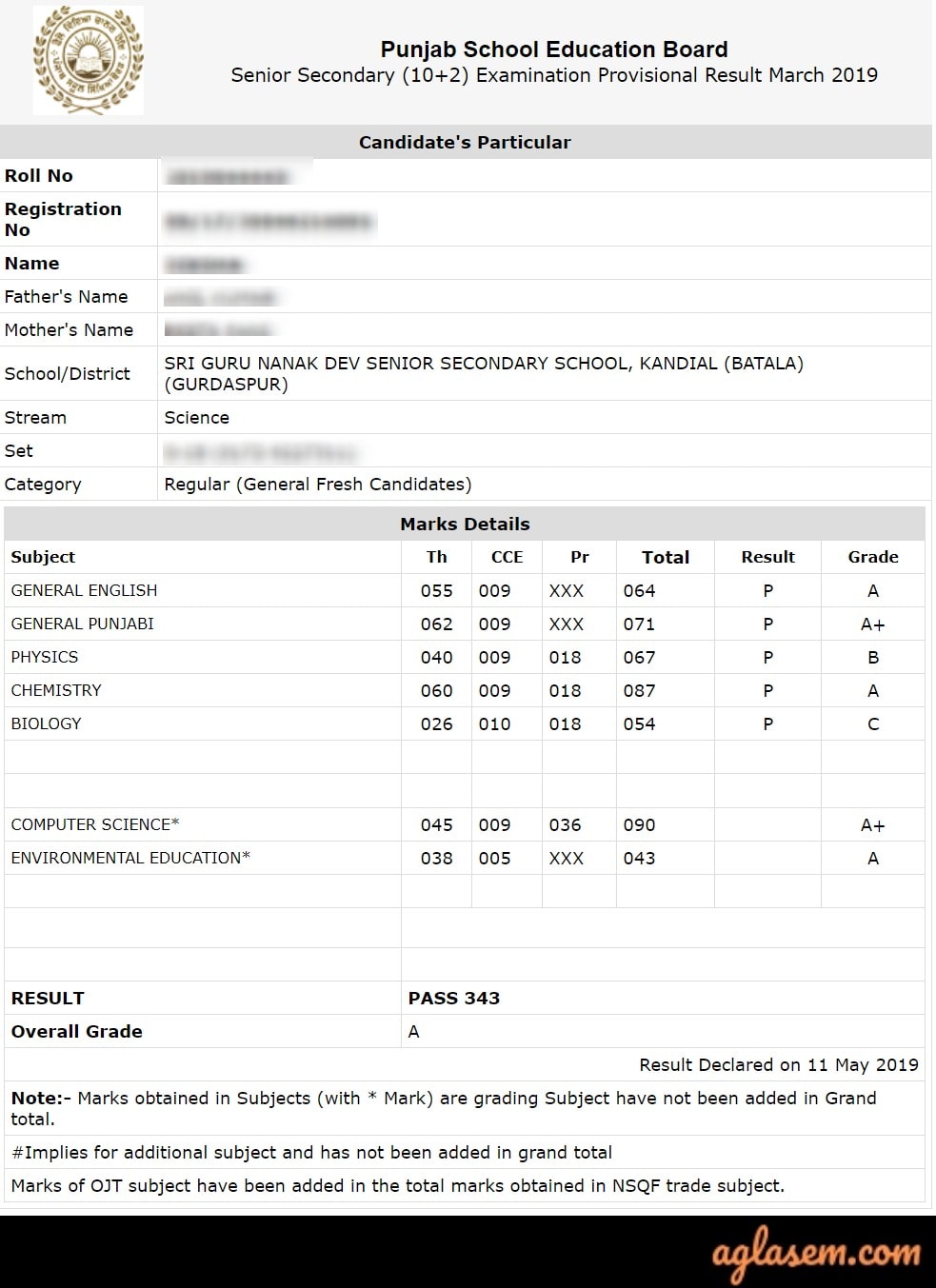 The board has released the result at the login. To check the result students need to enter either their roll number or their name. The importance of the result through name wise is that you can access your result even if you have lost your admit card or your roll number. Thus, for those students, Punjab board has made the availability of class 12th result name wise.