by diksha
in NIOS
4 min read
3

NIOS result 2018 for October session has been released. So, students eagerly waiting for NIOS result 2018 can check here the entire information regarding your result. NIOS result 2018 for October session both for class 10th and 12th is available at the login. Officially, the institute has declared the result on its website- nios.ac.in. While you can also check your NIOS class 10 and 12 result 2018 directly through the link provided here. NIOS conducted the examinations in two sessions- April and October. National Institute of Open Schooling (NIOS) has announced the result of class 10th and class 12th students online. Apart from this, we have also discussed the steps to check your result, important dates, and many more. Thus, scroll your page down and attain the entire information.

Latest: NIOS class 10 and 12  Revaluation and Rechecking forms Oct result 2018 has been released. To apply visit the link below.

How To Check Your NIOS Result 2018

NIOS will release the class 10th and 12th result online. So, to check and download your result follow the steps provided below.

NIOS 10th result 2018 consists of the marks of the students of class 10th. All those students who have appeared for the NIOS examinations received their result online. There are about lakhs of students who have registered themselves under the NIOS open board. Now, NIOS conducts the class 10th examinations twice a year. The institute has conducted its first examination from April 05, 2018 to April 26, 2018. After the examinations, NIOS has released the result on June 04, 2018 and by this end of the first session. On October 06 to November 06 2018 NIOS has conducted the examinations for the second session. Now, its time for the result. Thus, it is expecting that by the month of December, the wait of thousands of students will over.

NIOS class 12th result 2018 is of the students who have appeared for the examinations privately. The open board releases the result at login for all the desired students. You just need to enter your roll number same as mentioned on your admit card and get your result. Just like class 10th, NIOS conducted the class 12th examinations two times a year. On April 04 to April 26, 2018 NIOS class 12 examinations for April session conducted. After this, On June 01, 2018 NIOS has come up with its result of the first session. For the October session, NIOS conducted the examinations from October 06 to November 06, 2018. After the examinations, now students are in see of their result of the October session. Thus, considering the last year data we are expecting the result by the month of December. 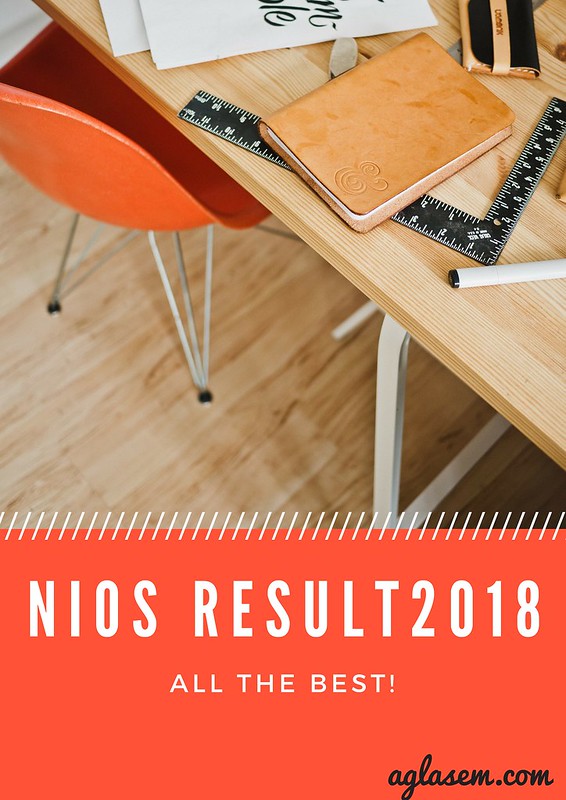 After the declaration of the result of main examinations, there are many students who have not satisfied with the marks obtained. Thus, for those NIOS provides an option for revaluation and rechecking result. Revaluation is the process through which you can ask to re-calculate your marks obtained. If there is any change in your marks then it will reflect in your final result and you will get the separate marksheet for the same. While Rechecking is the process where you are claiming to recheck your whole answer sheet again. NIOS provides the revaluation and rechecking application forms online by the month of June. After this, by the month of August NIOS provides the result. This is about the first session. After the declaration of the result of the second session, NIOS will release the application forms for October session.

Best of Luck for your Result and Your Future!

If you have any query regarding this then please let us know through your comments in the box provided below!
NIOS Board