NIOS 12th Result April 2019 has been released. So, all the students who are looking for their result can now check it through the link given below. National Institute of Open Schooling (NIOS) releases the result officially on its website- nios.ac.in. To check the NIOS 12th Result April 2019 students just need to enter their 12- digit number and the captcha appearing on the screen. Here through this article, we have discussed the important dates, a procedure to download the result, revaluation result and many more. So, scroll down the page and attain the entire information from below.

Latest: NIOS Result for the vocational courses is now available. To check it visit the link below.

Result: To check the availability of your NIOS 12th Result April 2019 Click Here

Here through this section, we are going to discuss the steps to be involved in downloading the result online. So, check out the steps provided below.

1st Step- Firstly, click on the link of the result available on this page. Please note the link will get active as per the official declaration.

2nd Step- As you click on the link a new window will open on your screen.

3rd Step- A login window will open and ask you to enter the correct roll number in the space provided.

4th Step- After this, your NIOS 12th Result April 2019 will appear on the screen.

5th Step- Check your result carefully and download it. 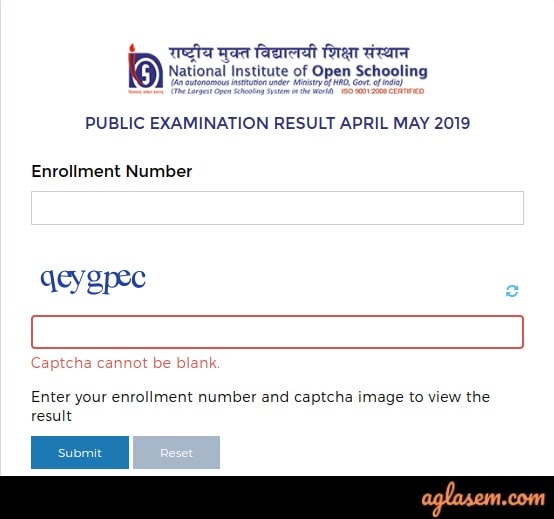 NIOS 12th result for April session consists of the following details. Know here what your result will display once available. Let’s check it out. 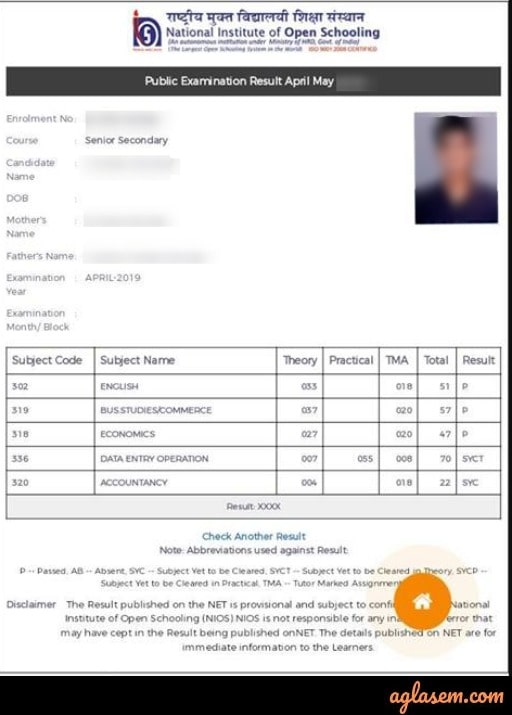 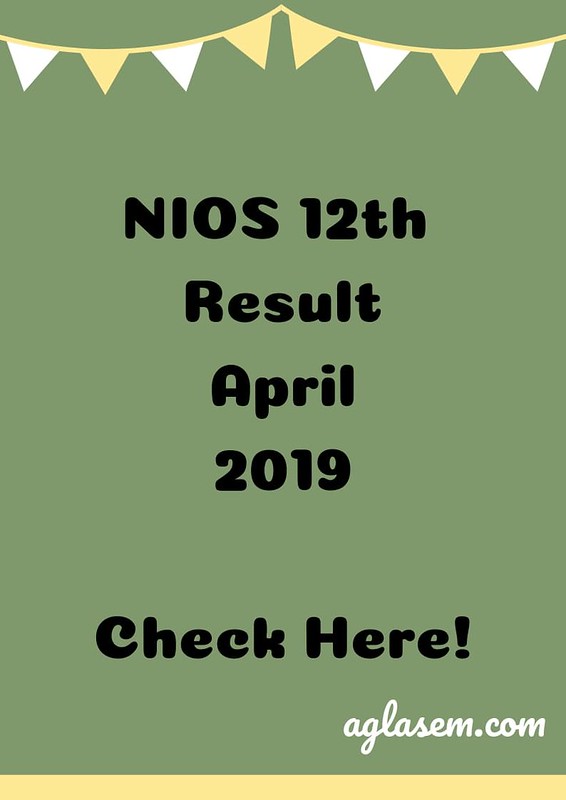 Earlier, National Institute of Open Schooling was formerly known as National Open School. NIOS is the national board responsible for conducting the secondary and senior secondary examinations. Students who not able to appear for the regular classes can opt for distance learning education. Apart from this, NIOS also provided the facility of On Demand examinations. NIOS has developed in the year 1979. Its headquarter is situated in Noida, India.

If you have any query regarding this then please let us know through your comments in the box provided below!