by diksha
in Chhattisgarh Board
3 min read
0

Latest: CG Open 12th Result March 2019 has been released. To check it visit the link below.

Chattisgarh Open board releases the 12th result online. So, to check it students need to follow the steps provided below.

1st Step- Firstly click on the link of the result available on this page. Or you can also check its availability by visiting its official website.

2nd Step- As you click on the link a login window will appear on the screen.

3rd Step- Here you have to enter your roll number in the space provided.

4th Step- After this your CG Open 12th Result March 2019 will appear on the screen.

5th Step- Check your result carefully and download it.

CGSOS 12th Result for March session releases at the login. Now, know here how your 12th result displays once available. Let’s check out the steps as discussed below. 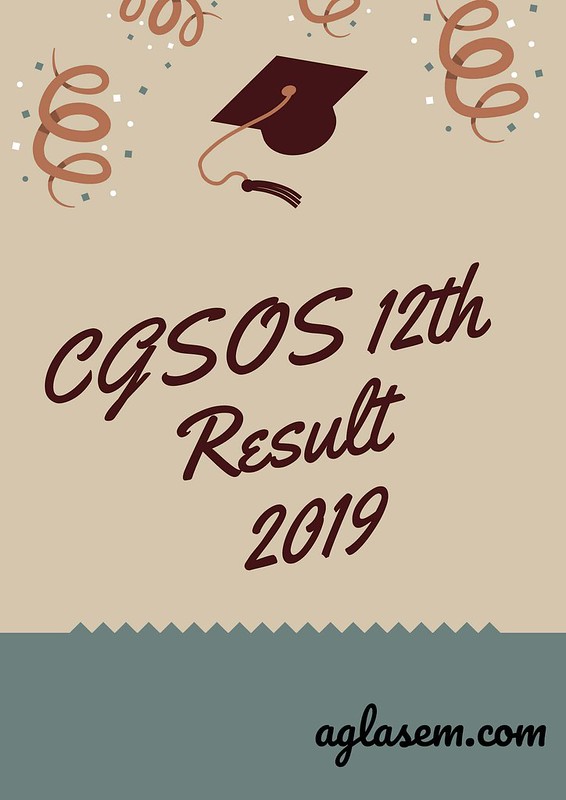 Chattisgarh State Open School (CGSOS) board releases the result of class 10th and 12th online. Here we have discussed the CGSOS result for class 12th. CGSOS conducts the class 12th examinations twice a year. One in the month of March and the other in the month of September. Last year the board has conducted the examinations for class 12th firstly from March 05 to 28. After this, the board has declared the result for the same on May 26. For the second session, Chattisgarh State Open Board has conducted the examinations from September 18 to October 05. While the board has released the result by October 30. Around lakhs of students have appeared for Chattisgarh state open board for class 12th. Keeping in mind this data we are expecting the same for the year 2019.

If you have any query regarding this then please let us know through your comments in the box provided below!